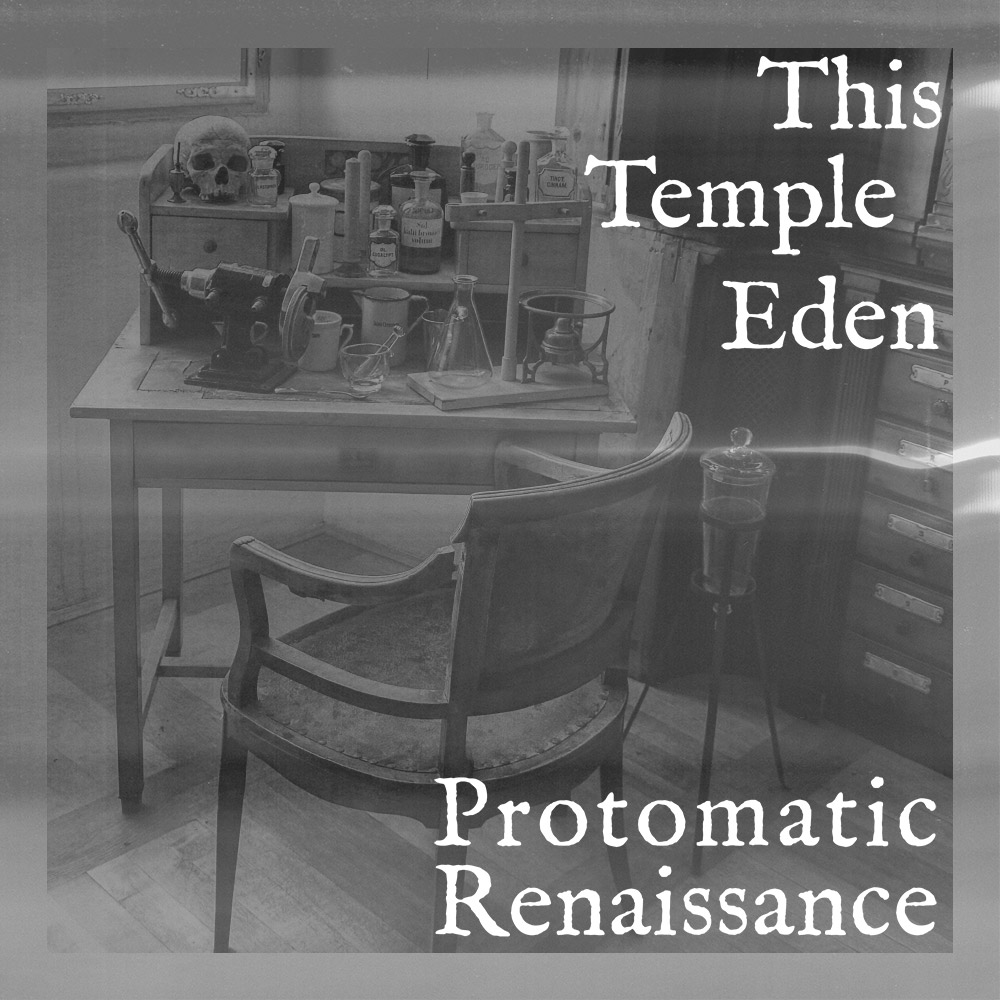 Protomatic Renaissance, the new EP Single from This Temple Eden, is now available. It contains two songs, Love in a Modern Style and That Polaroid, and an instrumental Entropy.

Listen to Protomatic Renaissance on your favourite music platform

The muse inspired me with three ideas. A story of love on a budget. A photograph of a couple in love taken before the relationship fell apart. A melody that made me feel happy despite its minor chords and melancholy. Alongside these inspired moments was an idea to produce a collection of music paying tribute to the songs I loved as a teenager. The versions on the EP are inspired by the albums The Golden Age of Wireless by Thomas Dolby, Metamatic by John Foxx and The Pleasure Principle by Gary Numan

Love in a Modern Style

Love in a Modern Style is a soap opera snapshot. A couple in love struggle with money, getting older and the uncertainty of not having enough money to buy their own home. However, they are committed to each other. The version on Protomatic Renaissance owes a musical debt to Weightless from Thomas Dolby’s The Golden Age of Wireless.

That Polaroid captures a couple in love. The image of a photograph is a literal snapshot of life. A captured moment that doesn’t explain either what came before or what comes after. There are many photographs of couples in love; couples that are no longer together. Can anything be seen in those photographs? The songs sound is unashamedly in the debt of Underpass and other John Foxx tracks on Metamatic.

Entropy is a melody that I enjoyed playing. I felt happy playing it and hearing it in previous demo versions. I am fascinated by the science of entropy and my generation x stubbornness rails against it. So much that my personality split and created my musical alter-ego entropicon: the icon fighting entropy. This version shows my love of the lush analogue synth strings and portamento of early Gary Numan. Its arrangement paying homage to Airlane and Metal from Numan’s The Pleasure Principle.